Grow Text SizeShrink Text Size
African Americans Throughout Glenn's History
Throughout its history, NASA's Glenn Research Center has had a proud tradition of talented African American workers that continues today. From scientists, researchers and engineers to the current center director Dr. Woodrow Whitlow, Jr., African Americans have made immeasurable contributions to Glenn and to NASA at large. Of the thousands of valued employees throughout the years, here is a small sampling. 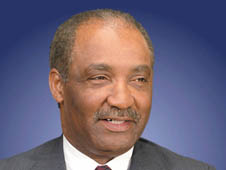 Albert Antoine taught at the university level in addition to researching jet and rocket propulsion, alternative fuels, energy research and more at Glenn from 1954 to 1983. He also managed projects and technical concerns in contracts and grants. Antoine served as the Senior Research Associate in the College of Engineering for Cleveland State University at NASA Glenn from 1983 to 1986.

Annie Easley began working at NASA in 1955, performing mathematical computations in engineering. She was one of the first minority women to work in this capacity at Glenn, spending thirty four years working in the Computer Services division, the Energy directorate, the Launch Vehicles group and the Engineering directorate. She published numerous papers and developed computer programs for a variety of energy projects.

Don Campbell served the government in a variety of capacities, relating to aviation, since 1960. From January 1994 to October 2003, he served as the director of Glenn. Campbell was responsible for planning, organizing, and directing the activities required in accomplishing the missions assigned to Glenn. Campbell managed an annual budget of $650 million and a workforce of 1,900 civil service employees and 1,500 on-site contractors. 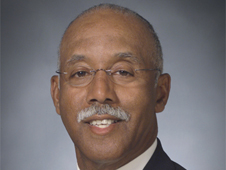 Julian M. Earls began working at NASA in 1965, and served as the director of Glenn from October 2003 until December 2005. As director, he oversaw Glenn's operations. He was responsible for planning, organizing, and directing the activities required to accomplish the missions assigned to Glenn. Earls managed an annual budget of $773 million and a workforce of 1,920 civil service employees and 1,300 on-site contractors.

Lonnie Reid is a nationally-known fluid dynamics expert who worked at Glenn in a variety of capacities. He was the first African American to serve as part of the Senior Executive Service at Glenn, when in 1990 he became the head of the Fluid Dynamics Division. Reid led the center's efforts to analyze and experiment with air flows and temperatures inside advanced aerospace propulsion systems. 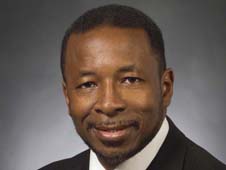 Dr. Woodrow Whitlow, Jr. Credit: NASA Woodrow Whitlow, Jr. began his career with NASA in 1979 as a research scientist. He has worked at many centers, including serving as the deputy director of NASA's John F. Kennedy Space Center in Cape Canaveral, Fla. from September 2003 through December 2005. Whitlow also served as the director of the Critical Technologies Division, Office of Aeronautics at NASA Headquarters in Washington, D.C. On December 25, 2005, Whitlow was named the center director at Glenn. He is responsible for planning, organizing and directing the activities required to accomplish the missions assigned to the center. He manages an annual budget of $500 million and a workforce of 1,680 civil service employees and 1,580 on-site contractors. On February 3, 2010, Whitlow was named the associate administrator for Mission Support at NASA Headquarters. Whitlow will continue to serve as the director of NASA's Glenn Research Center in Cleveland until a successor is named.