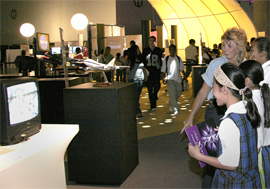 NASA exhibits included models of the Agency's new Orion spacecraft, Aries I and Ares V rocket models, a model of the James Webb Space Telescope, set to replace the Hubble Space Telescope in 2010, and a display introducing the Stratospheric Observatory for Infrared Astronomy, or SOFIA. 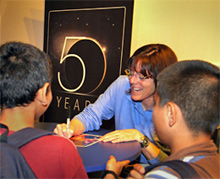 "It's exciting to peek into the future for a look at technology that might benefit families. I already look forward to next year's NextFest," Williams said. 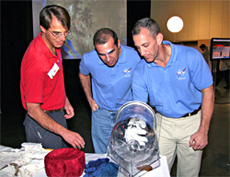