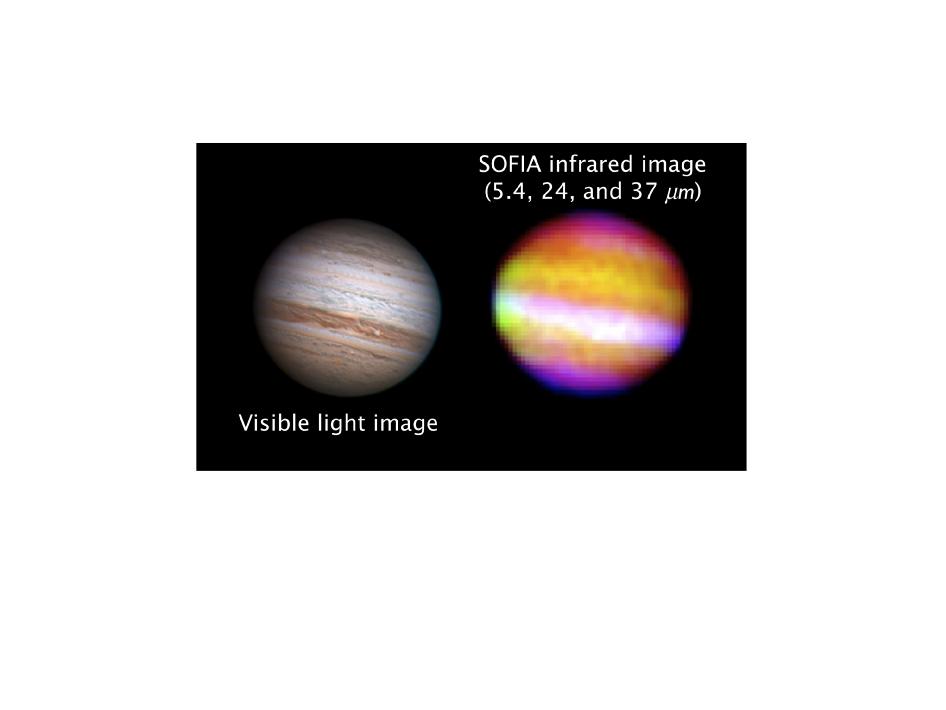 Composite infrared image of Jupiter from SOFIA’s first light flight at wavelengths of 5.4 (blue), 24 (green) and 37 microns (red), made by Cornell University’s FORCAST camera during the SOFIA observatory’s "first light" flight. A recent visual-wavelength picture of approximately the same side of Jupiter is shown for comparison. The white stripe in the infrared image is a region of relatively transparent clouds through which the warm interior of Jupiter can be seen.