There were some aeromedical effects of interest during boost. One was the ability of the pilots to function in the acceleration during boost. After engine light, the pilot was under 2g chest-to-back acceleration which increased to about 4g at burnout. The pilots felt that four gs was about enough. Milt Thompson once stated that "the X-15 was the only aircraft I ever flew where I was glad when the engine quit. " 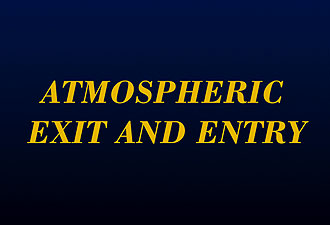 Atmostpheric Exit and Entry of the X-15 (Slide 9) 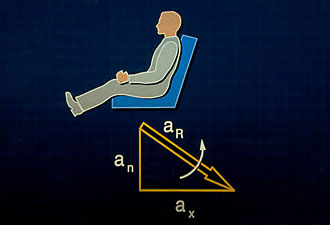 The fact that the X-15 pilots were willing to call 4gs of axial acceleration a limit when current-day fighter pilots fly and fight in much higher normal acceleration environments may have been due to another phenomenon concerning X-15 power-on flight----the phantom pitch rate perceived during the boost. In the absence of a horizon reference, the pilot tends to define "down" as the way acceleration is forcing him. When the X-15 pilot lost sight of the horizon during pullup, the acceleration along the flight path gave the pilot the sensation of pitching steeply up. (SLIDE 10) As the acceleration increased during fuel burn, the pilot had the sensation that the X-15 was rotating even more steeply up. This was a fundamental sensory illusion; there was no cure for it. Strict reference to the flight instruments was required until engine shutdown to prevent the pitch rate illusion from ruining the flight profile.

Entry was a less-demanding pilot task. There was no acceleration due to thrust, and the horizon was in view throughout. At constant angle of attack, the normal acceleration gradually built up to 5gs and then was maintained there (usually for a period of about 15 seconds) until the X-15 had broken its fall. It might be noted that the X-15 pressure suit was equipped with an integral g suit.

(SLIDE 11) Control Outside the Atmosphere There were no serious problems controlling the X-15 using the ballistic control rockets. Care had to be exercised to keep angular rates small, because the task could get confusing while attempting to control all three axes simultaneously. The main problem with ballistic flight was that the airplane was neutrally stable; the pilot was the only thing keeping the X-15 pointing down the flight path. X-15 No. 3 had aerodynamic and ballistic controls blended automatically through the autopilot, one of whose features was heading-hold mode; so that as far as the pilot was concerned, X-15 No. 3 was directionally stable while ballistic. 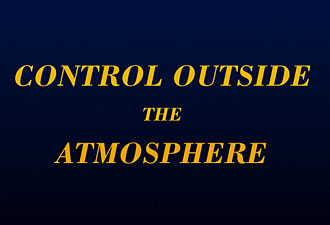 Control Outside the Atmosphere (Slide 11) 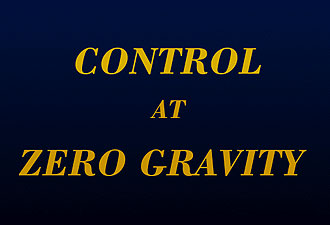 
(SLIDE 12) Control at Zero Gravity It turned out there were no control problems at zero gravity, nor were there any other problems related to weightlessness. There was no pilot nausea, as later occurred in the Apollo program. There was one humorous incident where the pilot hit the latch on his checklist binder while shutting down the engine; he thereby released 27 pages of checklist that floated around the cockpit for the two minutes before the weightlessness ended.

The X-15 first flew on June 8, 1959, and within four years had completed all the objectives of the original research program. It reached a Mach number of 6.06, which due to weight growth was less than the Mach 6.6 design speed, but it also reached an altitude of 354,000 feet, some 40 percent higher than the program goal of 250,000 feet. The altitude capability was made possible by the blended aerodynamic and reaction controls of the self-adaptive flight control system in the X-15 No. 3. (Only X-15 No. 3 flew significantly above 250,000 feet.)