Thermal processes can release acid gases (NOx and SO 2 ) and other toxic contaminants that must be removed to protect the crew. Currently, the most successful methods for controlling acid gases have involved the use of metal or metal oxide catalysts supported on alumina or activated carbon. 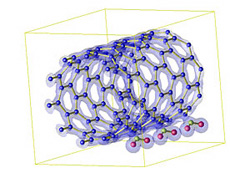 Figure 1. Schematic representation of NO2 on SWNT.

This new technology is crosscutting for use in near and long term space missions. The technology can be applied to cabin environmental control and waste processing in an advanced regenerative life support system. It reduces re-supply and furthers self-sufficiency and addresses the Critical Path Roadmap of Advanced Life Support , which emphasizes development of systems to maintain acceptable atmosphere and adequately process solid wastes. In addition, this technology addresses the problems related to solid waste processing and environmental control, providing increased safety by eliminating toxic contaminants from waste processing systems and providing increased reliability by ensuring predictability of end-products. 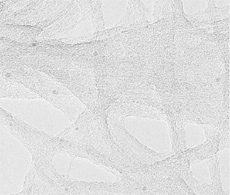 There is potential for multi-use capability in that, with appropriate modifications, this technology can be used to purify water and detect and destroy potentially pathogenic microbes.

We have successfully developed a two-step purification procedure for the HiPco SWNT that reduced the iron content from approximately 30% to < 0.4 wt% and yielded a BET surface area of around 1600m 2 /g, which is the highest surface area reported to date.

It is generally believed that the decomposition of NO follows the redox mechanism:

Figure 2 is a high-resolution transmission electron microscope (TEM) image showing the presence of rhodium nano-particles in the SWNT matrix. XPS analysis of the samples indicated a rhodium content of 0.1% in the prepared Rh-SWNT.

Characterization and application of SWNT for toxic gas conversion

The gas adsorption of nitric oxide (NO) has been studied at 77K on both unpurified SWNT (raw HiPco) and purified SWNT (figure 3). Our experimental result shows that the adsorption capacity of the purified HiPco is increased four-fold compared to the raw HiPco.

Reliable life support systems are critical for human space exploration. As space missions get farther from earth, the re-supply of life support materials becomes increasingly difficult and expensive, and regeneration of life support materials becomes increasingly important. Regeneration involves air purification, water recovery and the recovery of resources from solid wastes. Solid waste treatment technologies are under investigation for the function of resource recovery during long duration manned missions, including incineration, pyrolysis, supercritical water oxidation, steam reformation, and electrochemical oxidation. Inherent to many of these candidate technologies is the production of undesirable by-products such as NOx, CO, trace hydrocarbons, and SO 2 . The success of waste processing resource recovery technologies thus depends on the ability of gas clean-up systems to efficiently remove these contaminants with minimal use of expendables.

Existing industrial processes employed to reduce byproducts from effluent gases are not ideally applicable to regenerating life support systems since they typically require the addition of significant expendables such as NH 3 , CO or hydrocarbons in the presence of a catalyst. In addition, there are certain compounds such as NOx for which there is no effective, efficient, and economic removal method. Direct decomposition of NOx without reductants has been the subject of numerous investigations, but no suitable catalyst with sustainable activity has been found to date. Terrestrially, the atmosphere is used as a diluent for these compounds. In closed regenerative life support systems, the effects of such toxins are far more immediate and much more severe for humans.

A number of substances are effectively adsorbed on carbon nanotubes. Figure 1 shows adsorption of NO 2 gas. Carbon nanotube catalysts promise superior performance over activated carbon catalyst due to the ability to direct the selective uptake of gaseous species based on their controlled pore size, increased adsorptive capacity due to their increased surface area and the effectiveness of carbon nanotubes as catalyst supports for gaseous conversion. A major challenge is the difficulty in producing highly pure nanotubes in sufficient quantities for catalyst production.