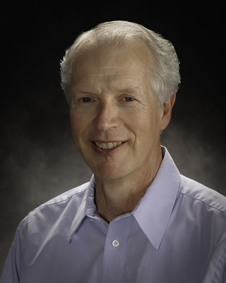 As a student at Milwaukee Lutheran High School, he built a Michelson interferometer, an instrument used to study the properties of light. This interferometer proved to be a stepping-stone for Koch to study physics.

Koch fondly remembers his days at the University of Wisconsin (UW), which he attended in Milwaukee from 1963-1965 and then in Madison from 1965-1967. He received a bachelor's degree in Applied Mathematics and Engineering Physics, which is the equivalent to a double major in math and physics plus 20 credits of engineering. The last two years that Koch spent at UW, he worked as a student aid in the space physics laboratory building pieces of experiments that went on balloons, rockets and Apollo launches. "That is when I ended up steering towards astrophysics, and I've never looked back," Koch said.

When it came time to apply to graduate school, Koch applied to only one university; Cornell University in Ithaca, N.Y. "I was foolish to apply to only one grad school," Koch reflected. Fortunately, he was accepted and began his studies in 1967.

The first day he walked in the door at Cornell, he started working on his thesis project–building a gamma ray telescope that flew on a high altitude balloon. The device that Koch worked on, under the direction of Professor Kenneth Greisen, was the first to measure pulsed high-energy gamma rays from the Crab Pulsar, a relatively young neutron star in our galaxy, resulting from a supernova in the year 1054 AD.

Koch received his master's degree in 1971 and in 1972 his Ph.D from Cornell University. He was hired by American Science and Engineering Inc., in Cambridge, Mass., to work on the Uhuru project, focusing on X-ray astronomy.

In 1988, Koch arrived at NASA's Ames Research Center, Moffett Field, Calif., to work on several projects that focused on the infrared portion of the spectrum. "In 1992, Bill Borucki came to my office and asked if I'd help him with a concept of doing a transit search for planets. I said 'Sure Bill. I like building things.’" That's how Koch came to Kepler.

Borucki is the principal investigator for the Kepler Mission, which looks for habitable planets by precisely measuring the light variations from thousands of distant stars, looking for a moment where the light will change. So after starting out at the high-energy end of the electromagnetic spectrum and jumping all the way to the other end in the infrared and radio, Koch has settled comfortably in the middle.

Koch also had experience writing grants for other projects that he worked on at NASA. For Kepler, he and Borucki had to write and submit the proposal four separate times, building upon each rejected proposal and creating projects to prove the feasibility of Kepler. Koch did not lose stamina in his quest to make Kepler a reality. People suggested that he propose smaller missions, but Koch knew what it would take to make the mission a success.

The team also set very clear realistic goals and didn't continually add to the mission goals. "We stuck to our guns. We knew what we were going to do. We didn't want to add any extra options that could sink our ship. We had one clear singular goal," said Koch.

That goal is to survey our region of the Milky Way galaxy to search for Earth-size planets in or near the habitable zone. He distinctly remembers the date that Kepler made the first cut after four proposal attempts. "It was Dec. 21, 2001. There are certain dates that you just remember in your life."

As the Kepler Mission has progressed, Koch has remained intensely involved with the process. "I got goose bumps when I saw the finished hardware for the first time. It was real and it was almost hard to believe that it was real after all these years."