He and his colleagues -- including Geoffrey W. Marcy, professor of astronomy, University of California, Berkeley (http://astro.berkeley.edu/~gmarcy/) -- have discovered four extra-solar planets – planets beyond our solar system. Lissauer and Mark Showalter of the SETI Institute, Mountain View, Calif., in 2003 discovered two moons of Uranus – Mab and Cupid -- as well as two additional rings around the planet – named with the Greek letters Mu and Nu. 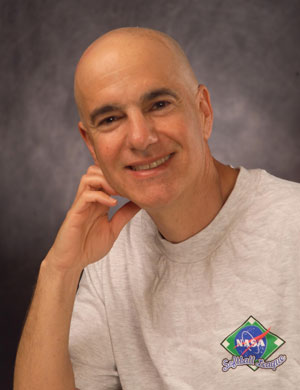 Lissauer's research interests include planetary astrophysics; planet and star formation; detection of extra-solar planets; assessing the abundance of habitable planets; rotation of planets and comets; craters on planets and moons; circumstellar disks (disks that revolve around stars); resonances and chaos (gravitational interactions among planets that can change their orbits); and planetary rings and moons.

Lissauer holds a doctorate in applied mathematics granted by the University of California, Berkeley, in 1982. His thesis is entitled "Dynamics of Saturn's Rings." He also has a degree in mathematics from the Massachusetts Institute of Technology, Cambridge, Mass.