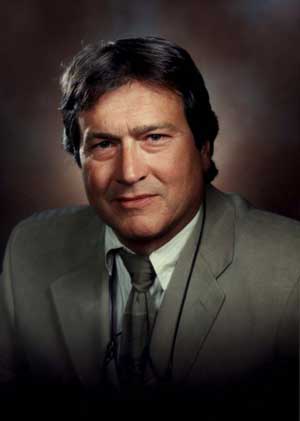 BioVIS researchers study animals and mechanical computer models to understand how the sensory and motor functions of the human nervous system respond to microgravity during space flight and to Earth’s gravity upon return from space.

The BioVIS team also uses electron microscopes to take pictures of samples of animal tissues to study how space flight influences nervous system structure. Team scientists are using immersive, virtual reality and human-computer interactive techniques to improve training for astronauts. These astronauts are learning the steps they need to take during certain experiments, and are simulating surgery that might have to be done during space travel.

Other BioVIS research includes working on systems to enable robots to be more 'aware' of their surroundings and to give these 'mechanical astronauts' better balance so they can explore planets and moons more effectively using biologically inspired control systems. For more information about robot research, please visit:

In addition, scientists at the center are working to advance medical imaging for use in space travel by using a technique called ‘data fusion.’ In this technique, various kinds of medical images of the same person or organ are combined to improve medical imaging in space. For example, researchers, using large machines, plan to take CT scans -- which are 3-D x-rays – of astronauts' beating hearts on Earth prior to spaceflight. Scientists believe that they could combine the CT scans with sonograms taken of the same astronauts' hearts during space travel. The equipment that takes sonograms can be much lighter, uses less power and would cause no harmful radiation.

For his work, Boyle is a frequently invited speaker/organizer to national and international symposia. Prior to joining Ames, Boyle was an associate professor of otolaryngology/head-neck surgery, physiology and pharmacology at the Oregon Health & Sciences University. Boyle has a bachelor’s degree in psychology from the University of Colorado, Boulder; a master of science degree in physiology from McGill University, Montréal, Québec; and a doctorate in biological sciences from Scuola Normale Superiore, Pisa, Italy. He also has fellowships in neurology at the Universität Düsseldorf, Germany, and in otolaryngology at Washington University, St. Louis.

At NASA he is an associate professor (by courtesy), Dept. of Functional Restoration, Stanford University Medical School, Palo Alto, Calif., and a National Research Council Fellow. In addition, he serves on many other prestigious boards and groups. In 2006 he was named NASA science lead for the U.S.-Russian Foton M-3 unmanned orbital mission scheduled to begin September 2007. He also is a member of a joint working group in the discussions of NASA's participation of the Bion research program.