NASA Developing New Heat Shield for Orion
NASA's new spaceship of the future must endure searing temperatures capable of melting iron, steel or chromium as the spacecraft streaks into the Earth's atmosphere on the way back from the moon. 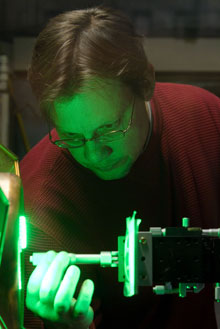