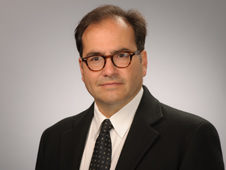 Alonso Vera has been at NASA's Ames Research Center for more than 12 years, starting as a researcher in the Human Factors Division. Since then he has held positions of increasing responsibility and leadership in research, project and line management both at Ames and in support of cross-center NASA programs. Most recently Vera served as the deputy director (acting) of the Exploration Systems Directorate where he coordinated efforts across four technical divisions to advance the research and implementation of NASA technologies.

In prior years, he has served in a variety of positions including chief of the Human Systems Integration Division; assistant chief of the Human Machine Interaction Branch, chief of the Constellation Data and Process Integration Office, and lead of the Human Computer Interaction Group. Vera has research and management experience  in several disciplines including human performance modeling and human-computer interaction. He also has broad experience leading the development and deployment of mission software systems across NASA robotic and human space flight missions, including Mars Exploration Rovers, Phoenix Mars Lander, Mars Science Laboratory, Space Shuttle, International Space Station, Constellation and Exploration Systems.

Vera received a Bachelor of Science from McGill University and a Ph.D. from Cornell University. He went on to a post-doctoral fellowship in the School of Computer Science at Carnegie Mellon University.
› Back To Top