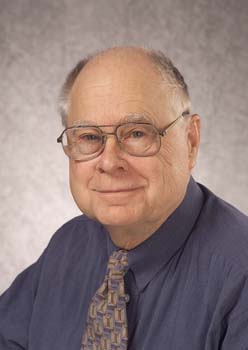 Experience Summary: From 1962 through 1972, William Borucki conducted laboratory and theoretical studies of the radiation environment of entry vehicles. During this period, he developed spectroscopic instrumentation to determine the plasma properties of hypervelocity shock waves. The results of the investigations were used in the design of the heat shields for the Apollo missions. In 1972 he joined the Theoretical Studies Branch and developed photochemical models of the Earth's stratosphere and mesosphere to investigate the impact of nitric oxide and fluorocarbon emissions on ozone.

Another area of research concerns the effects of lightning activity in planetary atmospheres. He conducted laboratory efforts to determine the optical efficiency of lightning in each type of atmosphere and has used these measurements in conjunction with spacecraft observations to deduce the production rate of prebiological molecules in planetary atmospheres. One aspect of this work was the development of instrumentation to measure the fraction of optical energy coupled into and radiated out of, laser induced plasmas. He also participated in spacecraft observations to determine the amount and distribution of lightning activity on other planets.

He has also; Authored papers that discussed the probability of observing transiting planets around different stellar types and the influence of stellar variability. Convened workshops in 1984 and 1988 to identify the most promising methods for obtaining the precision needed to detect transits of Earth-sized planets. Worked with NIST to test a multi-channel photometer to determine whether discrete silicon diode detectors would obtain requisite precision. Led the efforts that proved that both front and back-illuminated CCD’s could provide necessary precision to find Earth-sized planets. Initiated a ground-based program at Lick Observatory to demonstrate the techniques needed to accomplish transit detections. Led the team that built a $1M end-to-end simulation of the technology needed to accomplish the detection of Earth-sized transits. He is the principal investigator of the Kepler Mission to be launched in 2007 to determine the frequency of Earth-size planets in the habitable zone of solar-like stars.