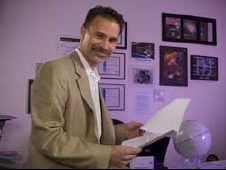 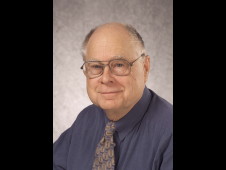 William Borucki, principal investigator for the Kepler mission
Image credit: NASA
NASA's Office of the Chief Engineer has announced the recipients of the first NASA Systems Engineering Award, including two people from NASA Ames Research Center. Bill Borucki, will receive a methodology award for the Kepler mission, and Daniel Andrews will receive a project award for the LCROSS mission.

Systems engineering is a core competency of NASA's highly skilled workforce and has been recognized as one of the "secrets" of the agency’s success in the Apollo program and many other programs and projects since then. NASA teams and organizations are increasingly employing well-defined, proven processes and practices to develop, manage, and integrate increasingly complex systems.

Each NASA center nominated several highly deserving projects and each was worthy of recognition. After a very difficult and competitive review process the Office of the Chief Engineer is pleased to announce the 2010 award recipients.

2010 Award Recipients: Award recipients will be honored on Feb. 10 at the 2010 NASA Project Management Challenge in Galveston, Texas.

For more information about the Office of the Chief Engineer, visit: