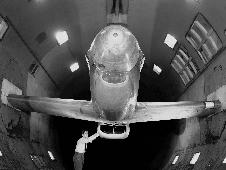 North American XP-51B Mustang in the 16 foot wind tunnel of the NACA Ames Aeronautical Laboratory, in March 1943, readied for full scale studies of duct rumble. March 3, 2010 is the 95th anniversary of the founding the National Advisory Committee on Aeronautics, the predecessor agency to NASA.
Photo Credit: NACA 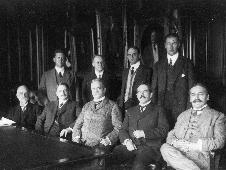 The first meeting of the National Advisory Committee for Aeronautics (NACA) in the Office of The Secretary Of War on April 23, 1915.
Click image for full-resolution.
Photo Credit: NACA 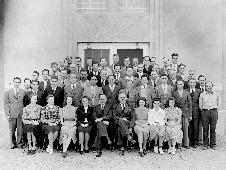 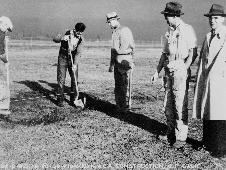 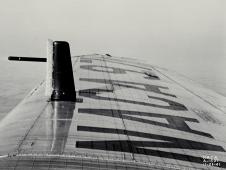 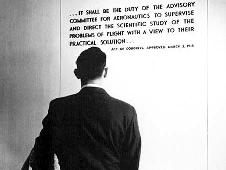 The NACA's credo: "It shall be the duty of the advisory committee for aeronautics to supervise and direct the scientific study of the problems of flight with a view to their practical solution"
Click image for full-resolution.
Photo Credit: NACA
It all started with 12 unpaid, highly qualified men, a budget of only $5,000 a year and an unbridled passion for promoting and conducting aeronautical research.

Ninety-five years ago today, the National Advisory Committee for Aeronautics, or the NACA, was born. On March 3, 1915, as many nations were battling in World War I, the U.S. Congress and President Woodrow Wilson signed the Naval Appropriations Bill which spelled out the NACA's mission: "To supervise and direct the scientific study of the problems of flight with a view to their practical solution, and to determine the problems which should be experimentally attacked and to discuss their solution and their application to practical questions."

That year saw many historical events. On Jan. 12, 1915, the Congress rejected a proposal to give women the right to vote; on Feb. 12, 1915, the first stone of the Lincoln Memorial was laid; two weeks after the NACA's creation, Pluto was photographed for the first time; Albert Einstein unveiled his general theory of relativity and in May 1915, Babe Ruth slammed his first career homerun.

Over the next 40 years, the social and technological landscape of the United States changed dramatically as NACA made fundamental aeronautic breakthroughs in the way today's aircraft and spacecraft are built, tested and designed.

"During the NACA days, everything was new and exciting, and the research field was very open," said Jack Boyd, who first reported to work at Moffett Field in 1947 – before it was renamed NASA's Ames Research Center – and is now the senior advisor to the Ames Research Center director. "Ames was a real technology incubator and made major fundamental contributions to the aeronautical industry by developing the understanding of basic shapes that led to modern commercial aircraft and enabled the human spaceflight of the Apollo era."

As the NACA moved toward the edge of space, it established the Special Committee on Space Technology, aimed at harnessing the expertise of private companies, universities and other branches of government to develop a space program. Less than a year later, on Oct. 1, 1958, the NACA's assets and personnel were transferred to the newly created National Aeronautics and Space Administration.

"NACA researchers were the giants on whose shoulders NASA researchers stand on, and whose research is at the core of the work NASA currently does," Boyd declared.

Today, more than 50 years after the NACA was dissolved, NASA leads the world in space technology and human exploration.

On Feb. 2, 2010, NASA Administrator Charles Bolden introduced commercial space pioneers and a game-changing approach to the way space technology is developed, returning NASA to its NACA roots of supporting the space industry.

"NASA invests in our innovative workforce, our forward-looking programs, and our ability to connect our work with societal needs to drive prosperity for people across the nation," said Bolden. "NASA will be investing in the best peer-reviewed research, innovative new technologies, dramatic flight demonstrations and the nation's space industry."

NASA has a mandate to benefit today's entrepreneurial space industry by commercializing technology, such as thermal protection systems, which allow spacecraft to safely return to Earth; nanomaterials, or the miniaturization of materials; and life support and propulsion systems, in the same way the landing gears, swept wings and jet inlets the NACA developed helped spur the success of the aeronautics community of the 1920s, '30s and '40s.

"Space exploration is as much a challenge of leadership as a triumph of technology," said Boyd. "Ames has a long history of interfacing with aerospace companies because of our facilities, testing, data and research and development capabilities and we look forward to the heart-in-your-throat, hair-raising experience of making real progress towards space exploration."

To learn more about NACA, visit:

To view a gallery of images from NACA, visit:

To view images from the Collier Trophy, visit: