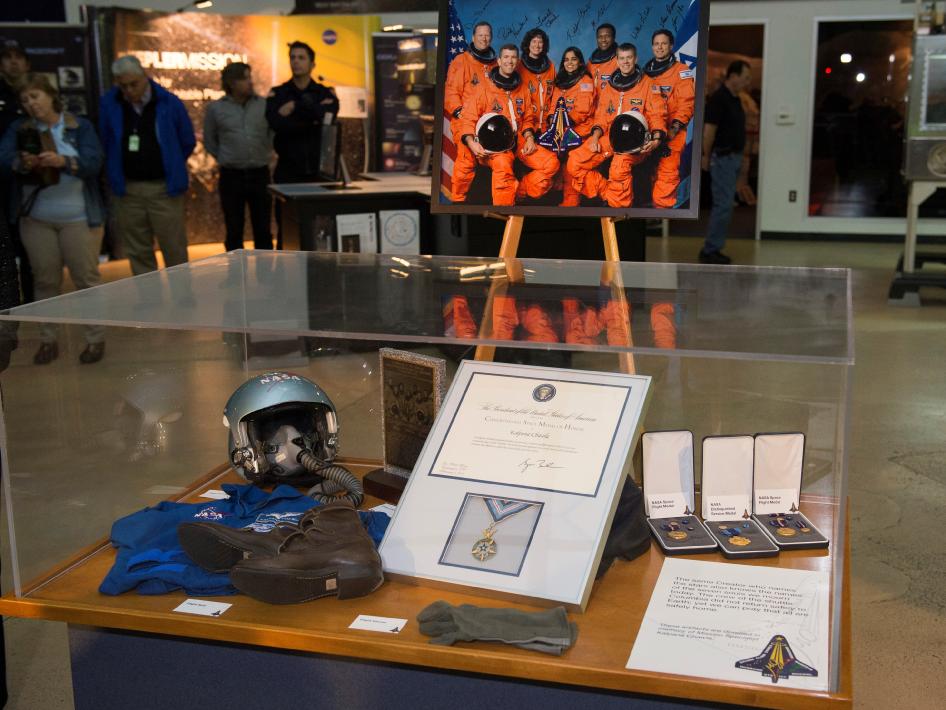 To honor the astronauts and brave members of the NASA family who gave their lives in the pursuit of space exploration and service to our nation, NASA's Ames Research Center held a Day of Remembrance Ceremony in its Visitor Center on Friday, Feb. 1, 2013.

During the ceremony, an exhibit was unveiled to pay tribute to NASA astronaut and STS-107 space shuttle Columbia Mission Specialist, Kalpana Chawla, a friend and colleague to the Ames community during her tenure as an astronaut candidate.

The Columbia memorabilia exhibit features Chawla's personal belongings, items and awards associated with her career at NASA, and will be open to the public through March 25, 2013.

More images from the event: http://go.nasa.gov/12o7EH7