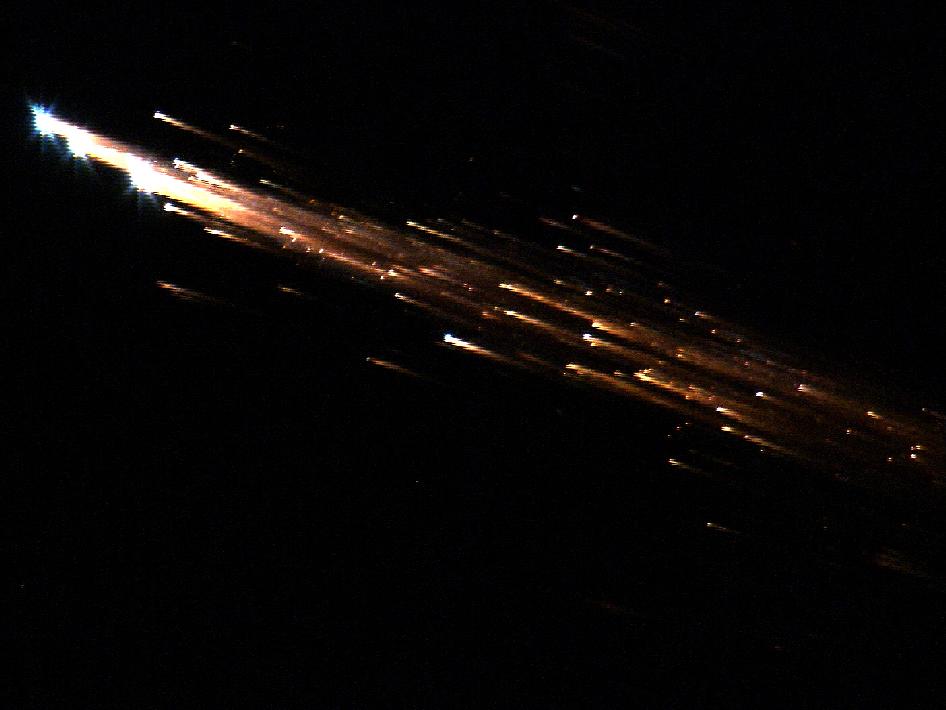 In the early morning on Sept. 29, 2008, the controlled re-entry and subsequent breakup and fragmentation of the European Space Agency's “Jules Verne” Automated Transfer Vehicle (ATV) spacecraft was captured in dramatic fashion by more than 30 researchers aboard two NASA aircraft: NASA's DC-8 airborne laboratory and a Gulfstream V jet. After completing its mission to re-supply the International Space Station, ATV-1 entered the atmosphere above an uninhabited section of the Pacific Ocean, southwest of Tahiti. Researchers captured visible, infrared, ultraviolet, and spectroscopic data during the fiery re-entry. These images are taken from high-definition video footage the Ames video crew captured during the mission. NASA’s primary goal of the airborne project was to study the spacecraft's re-entry and compare it to meteor fragmentation. NASA Ames Research Center and the European Space Agency agreed to collaborate on this airborne observation campaign to learn more about how meteors are similar to spacecraft re-entries. NASA made the decision to use the DC-8 airborne laboratory and a Gulfstream V aircraft based on requirements.