Death Valley National Park encompasses some of the most extreme environments on the planet. For decades, planetary scientists have come here for research and instrument testing.

We are proud to announce the first ever Death Valley National Park planetary analog festival, titled the Mars and the Mojave Festival – Exploring Extremes on Earth and Beyond.

Representatives and investigators from Ames Research Center and other NASA centers, non-profits, and universities conducting work in the field will present results from their projects to the public.

The event is co-sponsored by NASA Ames Research Center, the Death Valley National Park, the SAM Team at NASA Goddard, and the SETI Institute.

One goal of the Festival is to raise public awareness about planetary analog and astrobiology research taking place on Earth, as well their relevance to planetary missions, including MSL. The NASA Mars Science Laboratory was successfully launched on November 26, 2011 and will to land on Mars August 2012 to help determine if this red planet has ever supported, or can currently sustain, any life - as we know it - sometime during its past.

Death Valley National Park boasts several planetary analog research sites within its boundaries and is excited share with its visitors this little known, but extremely important, use of our public lands. 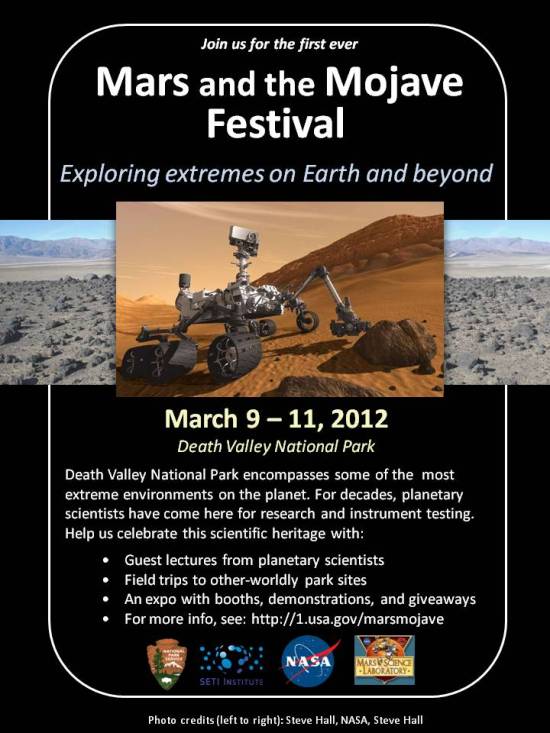