The Super Ball Bot project revolves around a radical departure from traditional rigid robotics to "tensegrity" robots composed entirely of interlocking rods and cables. Tensegrities, which Buckminster Fuller helped discover, are counter-intuitive tension structures with no rigid connections and are uniquely robust, light-weight, and deployable. Co-led by Vytas SunSpiral and Adrian Agogino from the Intelligent Systems Division of the NASA Ames Research Center, the project is developing a mission concept where a "Super Ball Bot" bounces to a landing on a planet, then deforms itself to roll to locations of scientific interest. These unusual structures are hard to control traditionally so Vytas and Adrian are experimenting with controlling them using machine learning algorithms and neuroscience inspired oscillatory controls known as Central Pattern Generators.

Image 1: A concept drawing of the Super Ball Bot structure 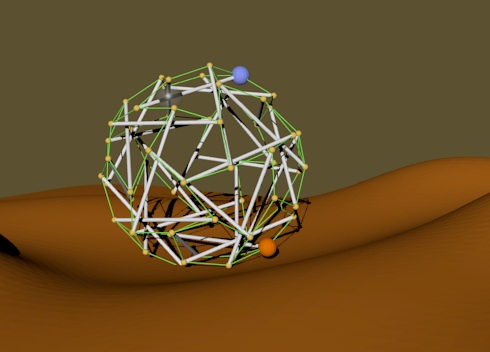 Image 2: A concept drawing of the mission, where many Super Ball Bots could be deployed and bounce to a landing before moving and exploring the surface. 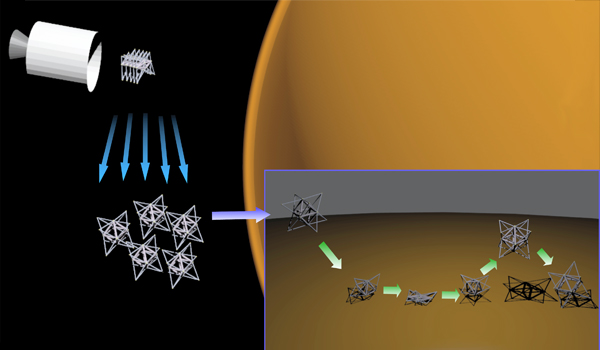