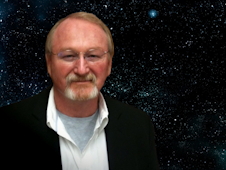 Michael Marlaire
Michael Leon Marlaire is the director of the NASA Research Park at NASA’s Ames Research Center, Moffett Field, Calif. The NASA Research Park (NRP), an integrated, dynamic research and education community located in the heart of Silicon Valley, cultivates diverse partnerships with academia, industry and non-profit organizations in support of NASA’s missions. As the director of NRP, he manages and cultivates partnership development, land use planning, leasing, and property management

Marlaire has worked at Ames since 1991. Between 1993 and 1998, he was chief of the External Affairs Division, which included public and legislative affairs, and education. Between 1998 and 2001, he also was given the NRP to manage and develop, and was made chief of the Development and Communications Division. Between 2001and 2004, he reported directly to Ames center director Scott Hubbard, and was given the role of assistant center director for development. In 2005, he was made the director for external relations and development. Today, Marlaire is the director of NRP, which has more than 80 partnerships.

Marlaire was born in Kankakee, Ill., approximately 60 mi. south of Chicago. As a small child, his parents moved to Rock Island, Ill., where his father Mark Leon, accepted a managerial position in the Quad City industrial complex. After he graduated from Alleman High School, he went to Southern Ill. Univ., Carbondale, where he received a bachelor’s degree in American history and political science, a master’s degree in American history, a master’s in public affairs and a Juris doctorate in law. He is licensed to practice Illinois law.

After receiving a law degree, he competed for and was awarded the Presidential Management Fellow. In 1986, NASA Headquarters, Washington, D.C. offered him a position, which moved him and his family to Columbia, Md. for five years. While at NASA HQ, he worked on the U.S. Senate Judiciary Committee (1987) and U.S. Senate Appropriations Committee (1988-89).

He is married to his wife Ruth, and they have a son Justin. They have lived in Boulder Creek, Calif., since 1998 with their two dogs: Buddy the boxer and Napoleon the West Highland terrier.

Awards:
› Back To Top