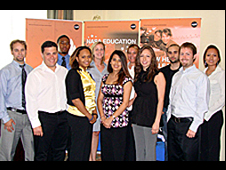 In an effort to further engage undergraduate and graduate students with NASA and science, technology, engineering and mathematics, the agency recently inducted more than 80 high-performing interns into the newly unveiled NASA Student Ambassadors Virtual Community. This first group of students includes interns from 35 states and 64 different universities.

Through a Web-based community, student ambassadors interact with other current interns and NASA staff to discuss issues of mutual interest and seek advice in overcoming obstacles, either in school or on internship. The project supports NASA's goal of strengthening the agency's and the nation's future workforce.

In addition to the benefits of networking, NASA Student Ambassadors have the opportunity to participate in NASA events and learn of employment opportunities and educational experiences. Several student ambassadors attended the STS-127 Pre-Launch Education Forum in June 2009. 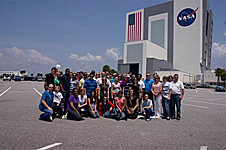 Check out the profiles below of a few of the NASA Student Ambassadors. Learn more about how they got involved in NASA projects and what advice they have for students interested in working for NASA.