Who Was Neil Armstrong? 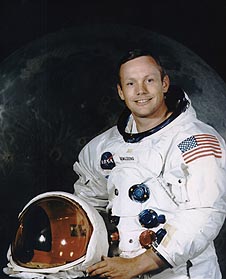 Neil Armstrong was born on Aug. 5, 1930. He was born in Ohio. He had a brother and a sister. He was in the Boy Scouts of America. Armstrong flew in an airplane when he was 6. That flight made him love airplanes. He attended Blume High School in Ohio.

Armstrong went to college at Purdue University. While he was in college, he left to serve in the U.S. Navy. He flew planes during the Korean War. Then he came back to college and finished the degree he had started. He later earned a master's degree too.

What Did Neil Armstrong Do Before He Became an Astronaut?

Before he was an astronaut, Armstrong worked for a group that studied airplanes. That group later became part of NASA. He flew several planes for them. He also helped design planes. One of the aircraft he flew was the X-15 rocket plane. This plane flew very high and very fast. It set records. 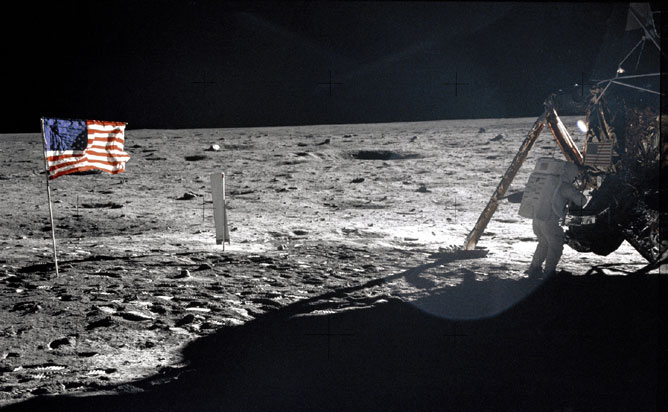 One of the few photos that show Armstrong during the Apollo 11 moonwalk. Image Credit: NASA
View Larger Image   →

What Did Neil Armstrong Do as an Astronaut?

Armstrong became an astronaut in 1962. He was in the second group of astronauts ever chosen. He was the commander of Gemini 8 in 1966. He flew on that mission with David Scott. They were the first astronauts to dock, or connect, two vehicles in space.

What Happened On the Apollo 11 Mission? 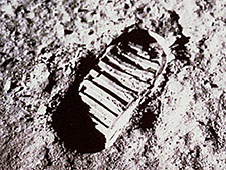 The first footprints on the moon could be there for a million years. The moon has no wind to blow them away. Image Credit: NASA
View Larger Image   →

Armstrong and Aldrin spent more than two hours outside their spacecraft on the moon. They studied the surface. They collected rocks. After almost a day, they blasted off. They docked with Collins in orbit around the moon. All three then flew back to Earth.

What Did Neil Armstrong Do After Apollo 11?

Neil Armstrong retired from NASA after Apollo 11. In 1971, Armstrong became a college professor. He taught until 1979. Later, he became a businessman. He stayed active in groups that studied space and aeronautics.

An American Hero and Explorer