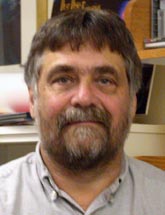 Dr. Charles Beichman is executive director of the Michelson Science Center at the California Institute of Technology in Pasadena, and a staff scientist at NASA's Jet Propulsion Laboratory, also in Pasadena. Beichman is also a member of the multiband imaging photometer instrument team for NASA's Spitzer Space Telescope. His scientific interests lie in the areas of star and planet formation. He currently leads a team of researchers who will use NASA's Space Interferometry Mission to search for planets orbiting newly formed stars, and he is the project scientist for the Terrestrial Planet Finder mission. As former director of the Caltech/JPL Infrared Processing and Analysis Center, Beichman worked on the Infrared Astronomical Satellite and Infrared Space Observatory missions, and led software development for the Two Micron All-Sky Survey. As JPL's chief scientist for astronomy and physics from 1998 to 2003, he helped develop NASA's Origins program to search for planets beyond our solar system. Beichman received his undergraduate degree in astronomy from Harvard University, Cambridge, Mass., in 1973, and his graduate degrees in physics and astronomy in 1979 from the University of Hawaii, Manoa.
› Back To Top