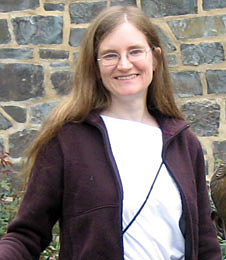 Terry Kucera is a solar physicist studying the environment on the sun. Image Credit: Terry Kucera

When Terry Kucera was young, her father often cut out articles on astronomy for Kucera to read. As a chemist, he encouraged her interest in science. Even after Kucera became a scientist, he continued to clip articles for her.

Kucera was interested in science growing up but did not seriously consider a career in it. "Sometimes I am pretty surprised that I am now working as a professional astronomer, and that I like it so much. When I was a kid and thought about astronomy, I really had no idea what astronomers actually did," Kucera says.

While attending Carlton College in Minnesota, Kucera took a physics class and enjoyed it so much she kept taking physics classes. She decided to go to graduate school and entered the Department of Astrophysical, Planetary, and Atmospheric Sciences at the University of Colorado. There, Kucera worked with a professor who was collecting radio data from the sun. Kucera had planned to write her thesis on the sun's quiet corona. But while she was collecting the data, several large solar flares occurred, making it impossible to complete her intended research. So, instead, she studied the flares.

Studying solar flares turned out to be fortunate: As Kucera was finishing graduate school, she heard about a two-year position at NASA's Goddard Space Flight Center in Greenbelt, Md., for a young scientist to study X-rays from solar flares. She applied and got the job. When the position was ending, Kucera spoke with the scientist in charge of the Solar and Heliospheric Observatory, or SOHO, and joined that team as a solar physicist. 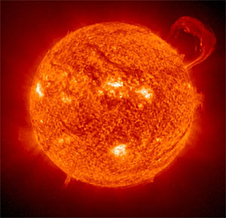 Kucera still works at Goddard. She is researching features in the solar atmosphere using data from several different space missions. Kucera is currently the deputy project scientist for the Solar Terrestrial Relations Observatory, or STEREO, and is studying the dynamic processes at work in the sun's atmosphere.

"Without its magnetic field, the sun would be much more static. But with that complex magnetic field, all sorts of things are going on there that we don’t completely understand," Kucera says. "Some of those dynamic events on the sun, things like solar flares and coronal mass ejections, can affect us -- mostly through effects on our technologies (communications, satellites, power systems and such). I don't study those effects directly. I study the environment on the sun that produces such events, trying to get an idea of what the conditions are and what processes are at work."

Kucera had enjoyed the articles her father found, but she didn't understand then the work involved in the scientific research behind the articles. Working for NASA, she now has a much clearer picture. "It takes lots of different people with different skills and interests to 'do' astronomy and space science," Kucera says. While a certain background is needed to take advantage of opportunities, she says that some of the most interesting and fun things she has done were not things she had planned ahead of time. Kucera suggests students pay attention to what they love doing, both in school and out of school, but also be open to surprises and trying new things.