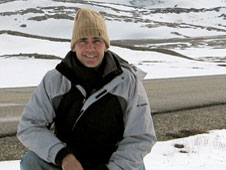 Every day, Duane Waliser works to understand our planet better. From local weather to global climate, Waliser is helping improve models that forecast the changing weather and climate patterns that affect our lives.

Waliser already had been interested in science when he went to college, but he wasn't sure which field he wanted to turn into a career. So Waliser pursued what he thought would be useful stepping stones for any career in science: he majored in computer science and physics at Oregon State.

After finishing his two bachelor's degrees, Waliser began a Ph.D. in physics at the University of California, San Diego. While he was there, after being exposed to climate and atmospheric sciences, he began to think a lot about the time and space scales in science.

Science happens on a variety of different scales: large ones like millennia and light years, small ones like microseconds and angstroms (one angstrom is 10-10 meter), and scales in between like hours and meters. Most of traditional physics focuses on the extremes. Most of the intervening scales are associated with fluid mechanics and, in particular, Earth sciences, and it was those intermediate scales that interested him most.

Waliser decided to complete a master's in physics at UCSD rather than a doctorate as originally planned. He then moved down the hill from UCSD's main campus to Scripps Institute of Oceanography where he earned a Ph.D. in physical oceanography. "I had more intuitive feel for things I could more readily imagine," Waliser says, "plus I liked the idea of understanding our home more fully."

As chief scientist for the Earth Science and Technology Directorate at NASA's Jet Propulsion Laboratory in Pasadena, Calif., Waliser is involved in many different research projects. He currently is studying the Madden-Julian Oscillation, a large-scale tropical disturbance that affects the weather mainly over the Indian Ocean and Pacific Ocean, but its reach extends across the globe. 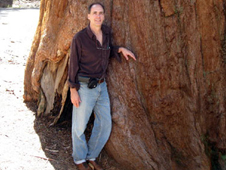 "When I started, we could barely model the phenomena and yet it had real potential to improve our forecasts at times, even in mid-latitudes. Today, through the efforts of many scientists and engineers and a number of international science teams I have helped lead, we have a much better representation of this phenomena in our models." A complete cycle of the Madden-Julian Oscillation takes a few weeks, so forecasters can predict some parts of the weather two to three weeks in advance when these oscillations happen.

Waliser hopes his work will not only improve weather and seasonal climate prediction but also reduce the uncertainties in global change climate projections, giving people the means to adapt and make better choices regarding mitigation.

While he enjoys pursuing new discoveries, Waliser loves working with kind, smart and passionate colleagues and discussing his research with them and the public. He has lectured in public settings as well as visited his son's science classes. Waliser reminds students to "take one step at a time, and do whatever is in front of you very well and with a gleam in your eye of where you want to go."