When Erika Podest was 10 years old, she found a sand dollar on the beach. "It was a work of art!" she remembers. It was one of her earliest encounters with what she describes as "the beauty and perfection of nature." Growing up in the tropical country of Panama, Podest found herself at home in the "sanctuary" of nature and wanted to grow up to better understand and protect it. 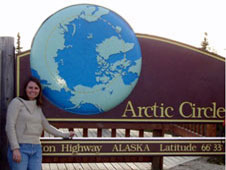 Since she was a young girl, Podest has felt a personal connection with nature. She remembers how school field trips "provided the exposure and interaction with our environment necessary to help create appreciation of its value and importance in conserving it." These motivated her to create a student environmental group called J.E.A.N. (Jóvenes Entusiastas Amantes de la Naturaleza or Young Enthusiastic Nature Lovers).

This sense of familiarity, she suggests, often is lacking in efforts to communicate with the public about Earth, its environment and climate change. "Climate change is a complex concept, and it is difficult for people to understand how it will directly affect them and that actions at the individual level can make a difference," she points out.

People also are faced with the task of interpreting the large amount of information that surrounds the issue. Sorting through it all is, according to Podest, the biggest challenge of educating people about climate change. An "atmosphere of disinformation from nonscientific interests that confuses the issues" can make important issues like climate change seem irrelevant and unpalatable. Getting the public involved and interested in earth science is sometimes hampered as a result. "People get lost when they lose perspective of where they fit in the solution," she says.

Yet Podest believes that there are solutions to these obstacles. Focusing on local concerns and impacts is one of them. Local examples allow people to find something familiar they can relate to, instead of feeling overwhelmed by the information.

A better understanding of Earth processes also can help in this respect. A key element of this comprehension is making sure the public understands that because "processes on Earth are interconnected," what happens on one part of the globe can have repercussions in other places. As a result, every little bit counts. People "can make a difference at the individual level regardless of where they live," Podest says. Many individual contributions can make an important difference in the future of the planet: "The more positive changes we bring about right now, the better off we’ll be." 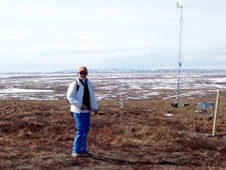 Although addressing these issues certainly poses challenges, it also creates new opportunities, particularly for future earth scientists. Podest thinks more opportunities exist for everyone, including women and minorities, to enter a scientific field. She explains that this results not only because of better communication about existing opportunities but also because science itself, and earth science in particular, is more relevant today than ever before.

Earth science, says Podest, "helps [us] understand our Earth, how it's changing, and how life may adapt to it." With the effects of climate change becoming increasingly clear, she thinks that earth science directly impacts the future.

At the end, it goes back to a desire to learn more, understand better and become involved. "In order to be successful at something, you have to believe in what you are doing, love what you are doing and know what you are doing," says Podest. So to those students who are interested in learning more about Earth and the environment that surrounds them, she urges them to pursue their interests. "The opportunities are out there; it’s just a matter of tapping into them."