Grow Text SizeShrink Text Size
IPY in the Classroom
Both a new school year and the International Polar Year are now underway. 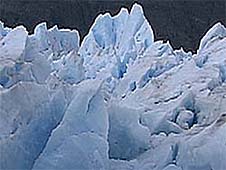 During IPY, NASA will study the polar regions of Earth, as well as explore the poles of Mars and the moon. Image Credit: NASA

IPY is a coordinated effort by the international science and education communities to learn more about the polar regions and how they impact the rest of the world, including people. The campaign runs for two years, from March 2007 to March 2009, to allow for two field seasons of Arctic and Antarctic research.

In support of IPY, NASA scientists are participating in field expeditions to Earth's polar areas and conducting additional research focused on the poles of Earth and other planets and moons. A variety of NASA and NASA-sponsored projects offer IPY-related classroom activities and resources.

NASA satellites constantly collect data about Earth from space. MY NASA DATA  → provides small sets of these data in easy-to-access formats for use in K-12 classrooms, as well as lesson plans that incorporate the data. The following lesson plans relate directly to IPY: 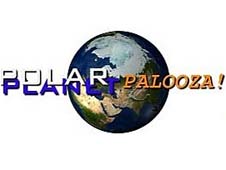 POLAR-PALOOZA  → is a multimedia effort to explain the importance of the polar areas and clear up misconceptions some people may have about them. Sponsored by the National Science Foundation and NASA, the project brings the poles to life through stories told by scientists who travel to and study them, and through the following hands-on classroom activities:

-- Life in the Cold and Dark: Penguin Adaptation  → -- Students use plastic bags, vegetable shortening and ice water to simulate the blubber of Antarctic whales, seals and penguins. They also design an original marine animal that is well adapted for the cold, making a picture of it or modeling it with play dough or clay.
-- Graphing Thermal Expansion of Water & Greenhouse Gases  → -- Students use a flask, cold water, lamp and thermometer to demonstrate thermal expansion of water, a factor that may contribute to future sea-level rise. They also graph yearly concentrations of atmospheric greenhouse gases and analyze trends in the data.
-- Differential Effects of Melting Ice Sheets  → -- Students use water, ice cubes and a container to show how melting land ice affects sea-level rise differently than melting sea ice.

Satellite Observations in Science Education  → provides educational resources and data collection tools that help students learn about remote sensing. Hunting Icebergs  → is a set of three online, interactive tutorials that show students how to identify icebergs in satellite images, and how to measure their size and monitor their movements.

Windows to the Universe 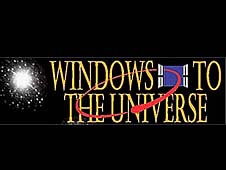 Birth of a Large Iceberg in Pine Island Bay, Antarctica  → [PDF] -- The front of this lithograph features a sequence of color images showing the breaking off of an iceberg from the Pine Island Glacier in West Antarctica. The first image, from September 2000, shows a crack forming across the glacier. The second two images are from Nov. 4 and 12, 2001, just before and after the iceberg broke away. A detailed explanation and map appears on the back.

Ice: Global Ice and Snow  → -- This poster features images of an Antarctic ice shelf and an iceberg breaking off from the shelf, snow cover in North America, sea ice and land ice, a surging glacier in Iceland, and a true-color image of the North Pole. Other highlights include an image of a collapsing ice shelf and an account of an expedition to the North Pole. The poster can be purchased from the Central Operation of Resources for Educators, or CORE, as part of a four-poster set on air, land, water and ice.

Tour of the Cryosphere -- This NASA animation takes viewers for a virtual tour of Earth's frozen water, including the icy reaches of Antarctica, the drifting expanse of polar sea ice and the shrinking ice cap around the North Pole. The animation is based on satellite observations. It helps convey the interconnectedness of the cryosphere with Earth's other spheres.