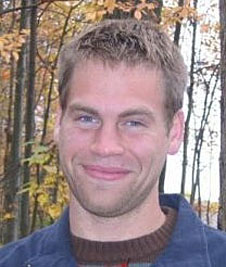 Andrew Vanden Heuvel can tell you exactly when he fell in love with space science: "in Mr. Vander Laan's eighth-grade science classroom." Now a teacher and course developer at the Michigan Virtual School, Vanden Heuvel draws courage from his grade school experience as he takes on what has become an increasingly difficult job: spurring a similar passion for science in high school students.

Despite what Vanden Heuvel describes as "the most exciting time in history to be a science student," he is well aware of the challenges that often make science education, well, ... boring. "Clearly, something isn't working right in America's science classrooms," he said. Vanden Heuvel, also the founding director of AGL Initiatives, an organization that develops innovative resources for science, technology, engineering and mathematics, or STEM, education, is committed to changing this trend.

To ensure that others have the opportunity to feel the same passion he felt as a child, Vanden Heuvel's approach shifts the focus of learning away from teachers, redefining their roles from providers to "supporters of learning." A key component of this process is making the most of today's technologies to enhance -- and even go beyond -- traditional classroom learning.

Images from NASA's Hubble Space Telescope are one of the key instruments in Vanden Heuvel's toolbox. His prize-winning entry to the NASA-sponsored Top Stars contest, which recognizes U.S. educators making exemplary use of Hubble in STEM education, described the final project of a semester-long high school astronomy research course. Instead of a test or a research paper, students got their hands on raw Hubble images and tested their skills at producing the kind of awe-inspiring color images that have made Hubble famous around the world.

The project won Vanden Heuvel the honor of a Gold Star, awarded to the top-10 winners of the Top Stars contest, which was conducted by the Institute for Global Environmental Strategies in cooperation with the Space Telescope Science Institute. The project also caught the attention of USA Today Education, where Vanden Heuvel now helps develop STEM projects posted online for use by educators nationwide. Other accolades under his belt include being named the 2010 Michigan Online Teacher of the Year and becoming a finalist for the 2011 National Online Teacher of the Year award. 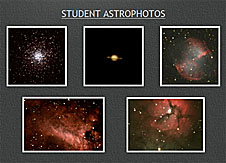 In his "Make an HST photo" activity, Vanden Heuvel gives students the opportunity to feel both the "joy and the challenge" of using a graphics program to manipulate raw Hubble images and turn them into beautiful color pictures. "There is a tremendous amount of science that can be learned through the process," he explained. From electronics and optics, to atmospheric science, the Hubble images pack a number of astronomy lessons. Not to mention, said Vanden Heuvel, Hubble's iconic images are "instantly recognizable and always awe-inspiring."

It is this innovative use of technology that Vanden Heuvel employs on a daily basis to support his teachings. "Technology is absolutely revolutionizing how I teach science," he said. In fact, Vanden Heuvel now teaches almost exclusively online and relies on video lectures, interactive simulations, and Web-based and even social networking tools to engage his students in scientific inquiry.

"New technologies continue to evolve the way in which I teach," Vanden Heuvel said. Likewise, the way students learn also is evolving. "For me, the system worked," he says and credits a great teacher in setting his path to science and education. Through his innovative use of Hubble and other technologies, Vanden Heuvel is making the system work for many more. His students are finding out what he learned back when he was in school: "Doing science is a blast!"

Laura Delgado-López: Institute for Global Environmental Strategies
› Back To Top