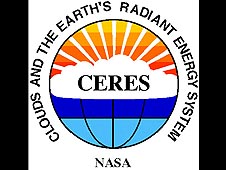 The CERES instruments are flown on three different satellites. One instrument flies on the Tropical Rainfall Measuring Mission; two instruments fly on the Terra spacecraft; and two are part of the Aqua spacecraft. Image Credit: NASA

Satellites -- those super high-tech spacecraft that fly high above Earth -- capture incredible images of clouds streaming across its atmosphere. But even with their fancy cameras and spectacular bird's-eye view, sometimes satellites need human help.

The Clouds and the Earth's Radiant Energy System, or CERES, needs your help on Jan. 13, 2009. Students, teachers and adults of all ages are invited to observe clouds and report their findings on this day at the same time CERES, an instrument on the Aqua and Terra satellites, passes over the observers' location.

People can report their observations using an online form at NASA's Students' Cloud Observations On-line (S'COOL) Web site. About a week later, they can return to the Web site to compare their observations with those made by others and by the CERES instrument.

This "Global Cloud Observation Day" marks the 12th anniversary of the first student cloud observation reported to S'COOL. No registration is required to participate. 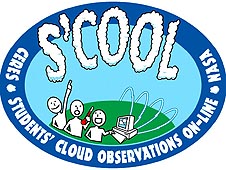 Students from schools registered with S'COOL can make cloud observations year-round. When a satellite carrying CERES is scheduled to pass overhead, S'COOL participants look to the sky and record their observations of cloud cover, type, height and thickness.

NASA scientists then compare what CERES sees from space with what students see from the ground. The comparison helps scientists judge the accuracy of the instrument and make any necessary adjustments.

Scientists use data collected by CERES to study how clouds affect Earth's climate and to improve climate forecasts made by computers.

For more information on S'COOL and how to participate in the Global Cloud Observation Day, including satellite overpass times, please visit the S'COOL Web site at http://science-edu.larc.nasa.gov/SCOOL.