Grow Text SizeShrink Text Size
Exploring the Past Through Plants 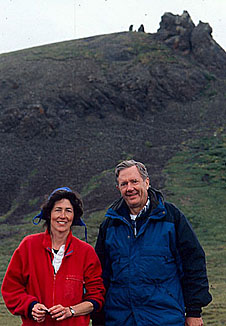 When Dorothy Peteet was growing up, her parents often took her and her five siblings to wilderness areas. There she explored the mountains and valleys and marveled at the waterfalls. "I think all of us still value that early relationship with the natural environment," Peteet says.

Peteet spent her free time learning to identify plants and their patterns on the landscape. Her study area in the mountainous region of northeastern Georgia was rich in biodiversity, so Peteet was always busy.

It seemed fitting that Peteet would study botany and biology. "Ecological relationships, specifically how plants are distributed and interact on a natural landscape, have always intrigued me," Peteet says. She believes wilderness areas contain valuable scientific information, besides possessing aesthetic beauty. She has spent her career working to uncover that information from fossil pollen and seeds in lakes, peat bogs and marshes.

Peteet’s current research focuses on past changes in vegetation and climate and how those changes relate to our present and future climate. The group of scientists that Peteet works with at NASA spends time in both the field and laboratory to do their research. They have found evidence of large droughts in the Hudson Valley area of New York that occurred during the past millennia. The most recent of those large droughts lasted for nearly 500 years and corresponded with the time known as the Medieval Warm Period when the Vikings were settling Greenland.

Peteet and her colleagues also work to build models to better understand climate sensitivity and the mechanisms of climate change. They currently are studying the relationship of past climate change in Alaskan peatlands. "As climate changes, and in particular as climate warms, the carbon in the peatlands is vulnerable to oxidation or methane release that could provide a large positive feedback to the climate warming scenario." This response results in an enhanced warming due to more carbon dioxide released. Scientists are worried that climate change may cause carbon stored in peat to be released to the atmosphere, adding to climate change even further. Peteet is investigating the details of how significant that addition may be. 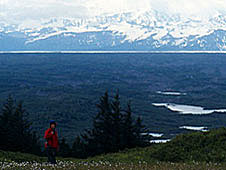 Peteet has spent time documenting and understanding the nature of the geologic period known as the Younger Dryas, a period during which an abrupt shift in cooling took place after the last ice age in North America. Peteet hopes all her research "will lead to other discoveries and pieces of the paleoclimate puzzle, which will aid in our understanding of climate history and its implications for our future."

Like many female scientists, Peteet faced some challenges early in her career. Some questioned her "dedication to science when faced with family/career choices." Balancing her work and family has not always been easy, but Peteet loves what she does. She enjoys "the thrill of field exploration and the exciting discovery of linkages and patterns in reading and writing up data."

Peteet encourages others to explore as well -- whether it be the mountains and valleys outdoors or inside classrooms and laboratories. "I think it is extremely important for kids to explore the natural world in which they live, in order to understand it and their relationship to it. I try to take my own kids out to explore because for me one of the most fulfilling and worthwhile feelings is the experience of discovery and adventure."