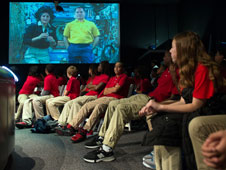 It was only a 20-minute video call, but for the almost 10,000 students who participated, hearing NASA astronauts talk about what it's like to live and work in space was an inspiring event. On Thursday, Nov. 15, Expedition 33 Commander Sunita Williams and Flight Engineer Kevin Ford made the long-distance call from International Space Station to students in the U.S. and Canada participating in the Student Spaceflight Experiments Program.

Approximately 130 students from D.C.'s Stuart-Hobson Middle School had the chance to participate in person at the museum, and more than 9,500 other students joined in via webcast and switched video. Twenty-four students from both audiences had the opportunity to ask questions of Williams and Ford about life, work and research aboard the orbiting laboratory.

The questions ranged from the common query about using the bathroom in space to the technically savvy about station debris avoidance maneuvers for pieces of "space junk."

Following the live Earth-to-station exchange, Leland Melvin, NASA's associate administrator for education and two-time space shuttle astronaut, took additional questions and gave a presentation about his space experiences and career path. He encouraged the students to study science, technology, engineering and mathematics because those subjects are the gateway to many fascinating careers.

"You are the scientists, engineers and astronauts of tomorrow," Melvin said. "America's future of scientific research and space exploration is in your hands, and there's no better way to prepare yourselves for those grand adventures than to start pursuing a STEM career now."

Jeff Goldstein, director of NCESSE, which sponsors the Student Spaceflight Experiments Program, also addressed the students and shared recent program highlights. SSEP is an in-orbit educational research opportunity that allows students to design and fly experiments to the space station through a collaboration with NanoRacks, LLC, which is working in partnership with NASA as part of using the space station as a national laboratory.

This in-flight education downlink is one in a series with educational organizations in the United States and abroad to improve STEM teaching and learning. It is an integral component of NASA's Teaching From Space education project, which promotes learning opportunities and builds partnerships with the education community using the unique environment of NASA and its human spaceflight program.

SSEP students designed patches to represent their teams. Each patch reveals details about the teams and what inspired them to enter the program. The patches below represent the 11 teams with experiments that were selected to fly on SSEP Mission 2 to the International Space Station. 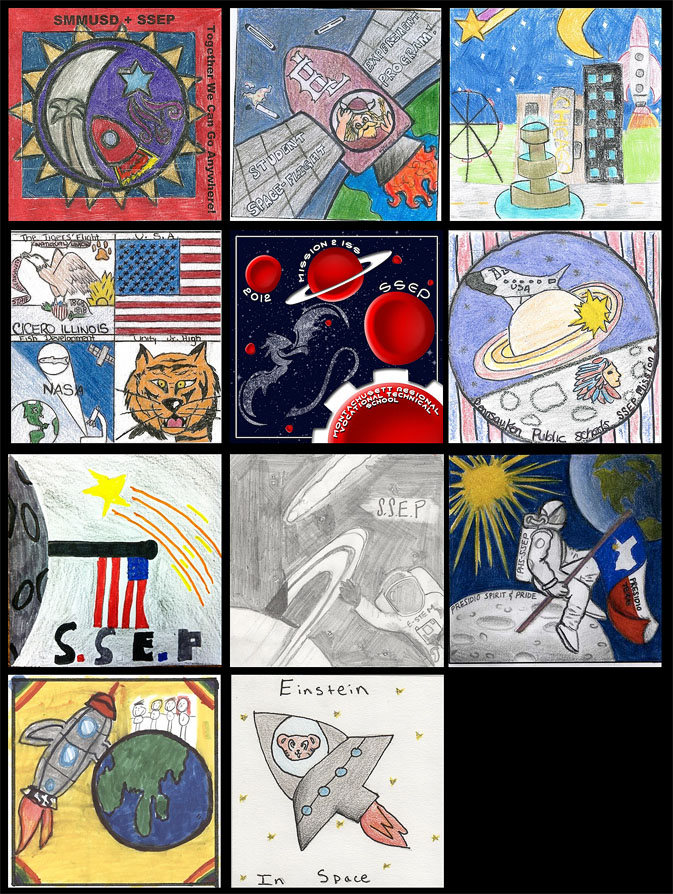 Read descriptions of the experiments proposed by all 33 teams for the SSEP Mission 2 to the International Space Station.