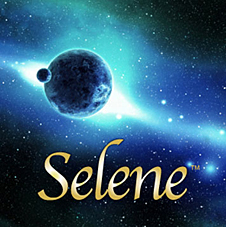 "Selene" provides a game-based interactive world in which students learn about the formation of the moon. Image Credit: Debbie Denise Reese

"Selene: A Lunar Construction GaME" is definitely just such an educational game. Through a series of interactive levels, "Selene" helps students understand the history of the moon's formation. But the game also encourages learners to think about those processes, so the players will see the moon differently when they look at it. After playing "Selene," students will understand why the moon looks the way it does and how various formations on its surface came to be.

"Selene" is a project of the Center for Educational Technologies® at Wheeling Jesuit University in Wheeling, W.Va. The game is being used for research in the center's CyGaMEs project, which stands for Cyberlearning through Game-based, Metaphor Enhanced Learning Objects. CyGaMEs studies the use of cognitive science metaphor theory in the design of educational computer software. Metaphor theory explains how concrete or familiar analogs help people understand unfamiliar or new concepts. In GaME design, these analogs are developed as game worlds. The game world models the relational structure of a science domain. "Selene," for example, models the development of the moon to give students a better understanding of its origin and development over time.

A CyGaMEs world allows students to have hands-on experience with models representing large concepts. While students cannot experience the formation of the real moon firsthand, they can build their own!

In turn, the knowledge gained by studying the moon serves as a model for even bigger concepts, according to Debbie Denise Reese, the CyGaMEs principal investigator. "The moon is the solar system's 'Rosetta Stone,'" she said. "From an Earthbound perspective, the moon is unique. Using a simple pair of binoculars, you can watch the moon from your own backyard and see the history of the solar system.

"Our research shows that 'Selene' enhances learning," Reese said. "We have research-based results that show 'Selene' works. After playing 'Selene,' our tweens, teens and undergraduates can infer how the moon formed and how it changed over time. They also make inferences about the physics of collisions."

For educators, "Selene" provides additional benefits. For one, it serves as its own assessment tool. Students learn the concepts by using "Selene," and their understanding of those concepts is tested by their performance in using the game. "Selene" also measures players' perceptions of their gameplay experience (flow). The game validates its embedded assessments with more traditional tests, also incorporated into the "Selene" online environment. CyGaMEs currently is developing an inquiry-based curriculum that educators can use alongside the game. CyGAMEs has mapped "Selene" to national and state educational standards. The standards include not only Earth and space science but also the history and nature of science and science as inquiry. The game relates the history of lunar science, explaining what scientists know about the moon and also how they gained that knowledge. 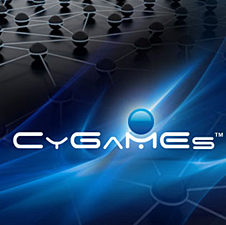 The game primarily targets students between the ages of 9 and 18, but students both younger and older have used the game and benefitted from it. For students to play "Selene," an adult must register to become a "recruiter" for the game and give students a pass code.

"Selene" consists of three stages. In the first, students learn about how raw material near Earth coalesced to form the moon. The second stage demonstrates how heat caused the material to form into layers: the moon's core, mantle and crust. This stage does not contain active gameplay; students instead see the results of their choices in the first stage. Variations in accretion and differentiation caused by students' choices will determine what sort of moon they form. In the third stage, students learn about impact cratering and volcanism on the moon over the course of three time periods. During gameplay, students pepper the moon with craters and flood it with lava.

"Selene" is an example of a NASA success story -- a project that began with funding by the agency and has been able to continue on its own. After NASA's initial involvement, "Selene," as part of the CyGaMEs project, has been funded by the National Science Foundation.

Reese explained that the project originally was funded by NASA's eEducation program as an investment by the agency to learn more about the possibilities presented by educational games. "They had a vision, and that is a huge part of what NASA has contributed to this project," Reese said of the agency's initial investment. "They were visionary. That's leadership, and that's exciting." Reese said NASA funded development of the CyGaMEs theoretical approach to instructional game design and assessment; design and development of the CyGaMEs assessment suite; and prototype development, implementation, exploratory data analysis, and reporting. Now National Science Foundation funding supports performance optimization of the existing "Selene" level I game as a fully functioning game system; design and development of the "Selene" level II game; and the resources and time to replicate and confirm the exploratory research.

The game has other connections with NASA, Reese explained. For example, lunar scientist Charles A. Wood, the CyGaME subject matter expert and a co-principal investigator, is currently a member of the Cassini-Huygens mission radar team mapping Titan. From 1985 to 1990, Wood managed the Space Shuttle Earth Observation Project at NASA's Johnson Space Center in Houston. He personally participated in the training of every astronaut who flew on the shuttle between 1982 and 1990. "Selene" also draws on the work of artist Bill Hartmann, who has worked with NASA, including being a member of the imaging team for the Mars Global Surveyor mission. In addition, the Center for Educational Technologies worked with NASA Explorer Schools in developmental testing of a precursor to the flow assessment tool that "Selene" uses.

NASA's involvement in projects like "Selene" supports the agency's goal of attracting and retaining students in science, technology, engineering and mathematics disciplines.

The Classroom of the Future™ is a NASA LE&RN activity. LE&RN is interested in how massively multiplayer, persistent virtual environments can enhance teaching and learning of NASA science. Leveraging their CyGaMEs "Selene" methods and techniques, the Classroom of the Future is currently developing "MoonWorld" within the Second Life environment. "MoonWorld" is scheduled for release in October 2009. "MoonWorld" explorers will conduct authentic lunar science field work as teams of 3-D avatars working within a region of the moon modeled after the characteristic of the Timocharis crater and its surroundings. Explorers will use tools to measure and observe features on the surface. Then they will use a moon base laboratory to analyze their samples and data and engage in reasoning and methods used in stratigraphy to discover the geological evolution of the region. Explorers can also tour the Bioregenerative Life Support Systems, or BLiSS, facility of "MoonWorld." BLiSS is modeled after investigations conducted by NASA scientists. The introductory tour to the BLiSS chamber teaches about the role of plants in a BLiSS environment. BLiSS builds on the BioBLAST® project, which was also NASA-funded.

One of the things that make "Selene" particularly effective, Reese said, is that designers built the game from the ground up. Many educational games leverage existing game platforms or concepts and add educational content. She explained that "Selene" was custom-designed to help students learn about the moon. "We have a great game concept because we had Ian Bogost, one of the best casual game designers and game scholars. Period," she said. Four years of funding from the National Science Foundation supports CyGaMEs' contract with Second Avenue Software of Pittsford, N.Y., to develop and enhance the next version of the "Selene" game. Second Avenue is an award-winning software development company whose clients include Discover magazine and leading textbook publishers. CyGaMEs plans to release "Selene" version 2 in 2010.

Great care was put into game elements, Reese explained. Sound effects for "Selene" were designed by a composer who had written music for the Olympics.

Reese said CyGAMEs is seeking adults to recruit students to play "Selene" to further develop educational games. CyGaMEs is using "Selene" as an online laboratory to study how to design great instructional videogames and how to use videogames to assess learning. "We need thousands of players every year because we’re analyzing all this gameplay information."

In addition to serving as recruiters for students, other opportunities are available for educators, researchers, and other adults who would like to get involved in CyGaMEs. Educators can work with CyGaMEs to test the new game, to develop the curriculum, or to test the curriculum that is being created. Educators and researchers also can become long-term partners by helping with new needs or using "Selene" to support their own educational goals. "There are lots of opportunities, depending on how people want to be involved," Reese said. Even CyGaMEs players volunteer to join the CyGaMEs team. Experienced "Selene" players playtest, conduct pilot assessments and even conduct their own award-winning research.

"Selene" registration is open and ongoing. Gameplay through the Internet is available 24/7. Current players play the game prototype. CyGaMEs will release "Selene" version II in spring 2010. Version II will support up to 3,500 concurrent players and classes as large as 30 simultaneous students.