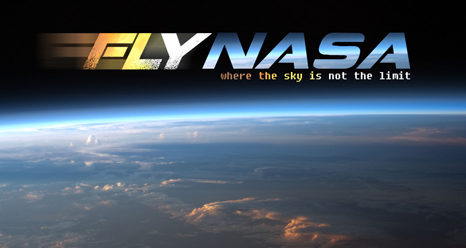 Where the Sky is Not the Limit!

Near Record Number of Applicants for NASA’s Astronaut Corps

More than 6,300 individuals applied to be a part of NASA’s next astronaut class. That is twice as many as NASA typically receives and the second highest number of applications ever received by the agency.

Late last year, NASA sent out a call for a new astronaut class. These new candidates will live and work aboard the International Space Station, help build the Orion spacecraft for exploration beyond low earth orbit and continue NASA’s partnership with companies that will supply commercial transportation services to the ISS.

“The Flight Crew Operations Directorate is very happy with the large number of applicants for the astronaut program,” said Janet Kavandi, Director of Flight Crew Operations. “NASA feels strongly that an appropriate mix of skills, education, and background provide the office with a greater ability to successfully work a wide array of operational situations.”

Applications were accepted for two months with the deadline expiring on January 27, 2012. This year the response to the announcement was tremendous with NASA receiving 6,372 applications. This is the largest number of applications since 1978 which had more than 8,000 submissions.

“Historically, we’ve received between 2,500 and 3,500 applications for each class,” said Duane Ross, who leads NASA’s Astronaut Selection Office. “We were a bit surprised, but very pleased by the overwhelming response to our recent Astronaut Candidate vacancy announcement. To me, this demonstrates the fact that the public remains genuinely interested in continuing the exploration of space. As for my office, we will be busy for a while.”

During the next couple of months, Astronaut Selection Office staff will sort through the applications to compare them to a list of basic qualifications. Those applications that meet these qualifications will then be reviewed by a selection committee to identify “highly qualified” applicants. The panel will determine which remaining applicants will be invited for an interview and medical evaluations.

The interview process will be a two-step process. Initial interviews will be conducted by the Astronaut Selection Board beginning in August and will continue through October. Then, starting in November and running through January 2013, final interviews will be held along with medical evaluations of each applicant.

The Astronaut Selection Board is expected to make its final decision in the spring of 2013 with the new Astronauts Candidates reporting for training that summer. The new candidates will undergo two years of training before being eligible for mission assignments. 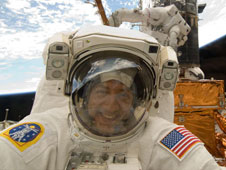