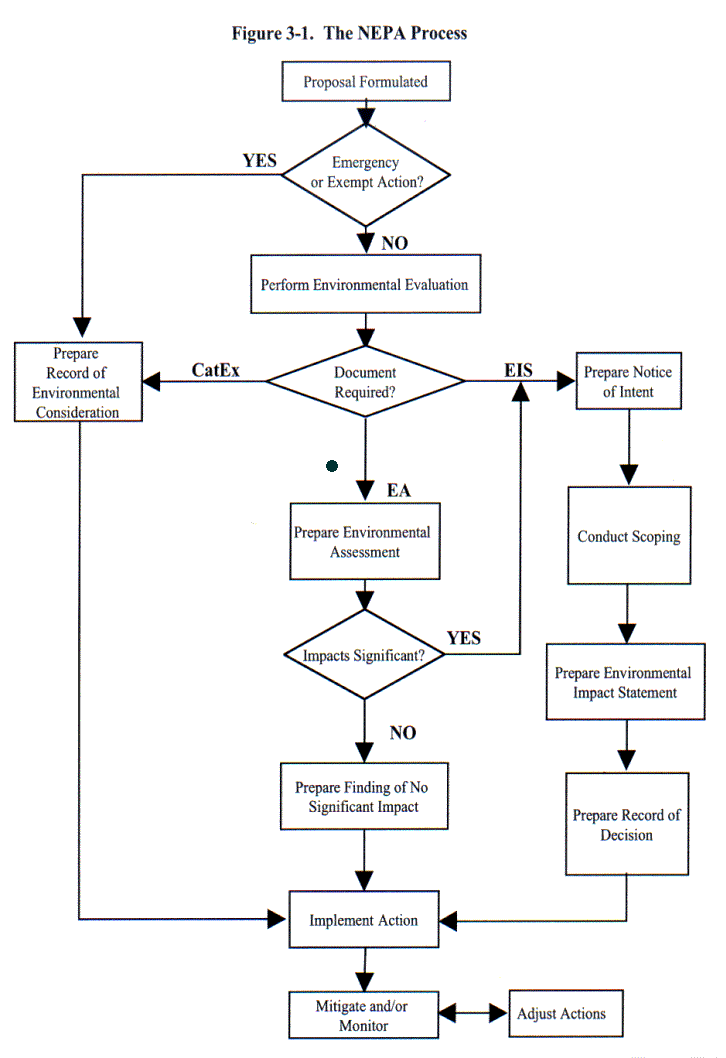 Figure: The flow chart above represents the NEPA Process from the NASA NPR 8580.1 – Implementing the National Environmental Policy Act and Executive Order 12114. Click here to view a larger version of the image.

The main objective of the NEPA process is to protect and enhance the quality of the human environment through three main initiatives.

The NEPA process starts after a proposal is formulated. If the proposal is determined to be an Emergency, then the regular NEPA rules don’t apply and actions can begin immediately. Similarly, if it is an Exempt Action by law from NEPA requirements then the action also can proceed immediately.

Once the environmental evaluation is complete, then the documentation required is determined. There are three levels of process and documentation that are integral components of the overall NEPA process.

After the decision is made, then the proposed action is implemented with (or without) mitigation measures and monitored. Mitigations avoid or reduce the impact of the action and can include:

All actions, whether mitigated or monitored, can be adjusted later as necessary.

For more detail on the NEPA process see NASA NPR 8580.1A – Implementing the National Environmental Policy Act and Executive Order 12114.