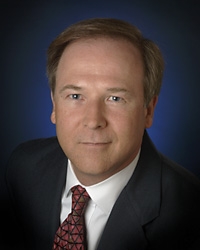 Before joining NASA, Mould served as special assistant to the U.S. Secretary of Energy, focusing on strategic communications policies in the Office of the Secretary.

Prior to entering government service, he worked as a principal and director of Washington operations for Griswold-Lesser, an Atlanta-based public affairs firm, and as vice president of communications for PG&E National Energy Group, a wholesale electricity and natural gas supplier affiliated with PG&E Corp. of San Francisco.

He also has served as director of public relations for Mirant Corp., an electricity and natural gas supplier based in Atlanta, and as media relations manager for Southern Company of Atlanta, one of the nation’s largest holding companies for electric utilities.

Mould also worked as a reporter and editor for the United Press International news agency, serving in a number of positions including managing editor for the Southern United States, foreign and national news editor, Middle East correspondent, and as a space reporter covering more than 20 shuttle missions, including the 1986 Challenger accident.

He holds a master's degree in business administration from Emory University in Atlanta and a bachelor’s degree in communications from the University of Tennessee in Knoxville.