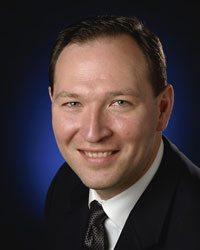 Prior to coming to NASA, Jezierski served as a deputy associate director in the Office of Presidential Personnel at the White House from May 2001 to July 2003. He previously served as publications director at the Institute for American Values in New York City and as a researcher at the Republican National Committee.

He graduated from Wheeling-Jesuit University, Wheeling, W.Va., with a bachelor's degree in liberal arts and from Regent University in Virginia Beach, Va., with a master's degree in public policy. In 2006, he became the recipient of a NASA Exceptional Service Medal.

Jezierski was born and raised in Weirton, W. Va., and is married to the former Crystal Roberts.