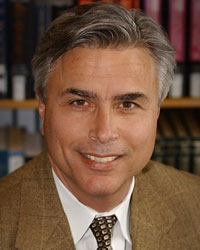 In July 2007, Bobby German was appointed as the NASA Deputy Chief Information Officer (CIO). Serving at NASA's headquarters in Washington, D.C., Mr. German directly supports the NASA CIO in the leadership, policy direction, and oversight of NASA information management and information technology (IT). He assists the CIO in strategic planning and communications, investment management, and workforce planning and management, and in providing direction and leadership in numerous other areas, including NASA's implementation of Electronic Government (e-Gov) initiatives, Enterprise Architecture, IT security, privacy, and records management. In addition, Mr. German chairs the IT Program Management Board, which reviews IT projects throughout their life cycle, ensuring that NASA's policies and disciplines are applied in meeting cost, schedule and scope commitments.

His master's degree in business administration is from Tulane University and his Bachelor of Science degree in mathematics and computer science is from McNeese State University. He was a Distinguished Military Graduate at McNeese, and served three years as an officer in the U.S. Army, developing automated recruiting systems. One of his many accolades is NASA's prized "Silver Snoopy" award, which best symbolizes the intent and spirit of space flight.