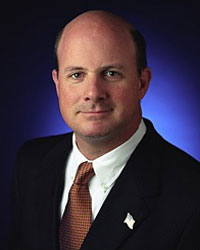 Following nomination by President George W. Bush and confirmation by the United States Senate, Robert W. Cobb took office as NASA's Inspector General on April 22, 2002. As Inspector General, Cobb is a member of the President's Council on Integrity and Efficiency. He also served as an "observer" to the Columbia Accident Investigation Board, which examined the Feb. 1, 2003, loss of the Space Shuttle Columbia and its crew.

Prior to joining the Office of the Counsel to the President in January 2001, Cobb worked for almost nine years at the United States Office of Government Ethics. Prior to Government service, he worked for five years as an associate attorney at Ober, Kaler, Grimes & Shriver.