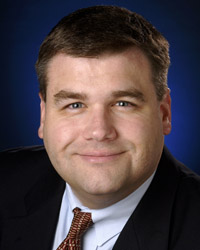 Prior to joining the Bush Administration, Chase served as vice president of Washington operations for the Space Foundation. In that capacity, he opened the Foundation’s first Washington office and represented it before the U.S. Congress and departments and agencies of the executive branch. While at the Foundation, he assisted in the formation of the Coalition for Space Exploration and managed the Congressional Space Power Caucus, which was established to foster communication on national security space programs between members of Congress and the defense and intelligence communities.

Chase previously served as executive director of the National Space Society, where he was responsible for all aspects of managing an international, 20,000-member grassroots organization. While serving at National Space Society, Chase provided testimony to Congress on space policy and served as a commentator for numerous national and regional media organizations, including the Fox News Channel, CNNfn, CNBC, C-SPAN, the New York Times, the Los Angeles Times, USA Today and the Washington Post.

His political and policy experience includes senior positions in the office of U.S. Congressman Dave Weldon (R-FL), including deputy chief of staff, press secretary, and campaign manager. While in Congressman Weldon’s office, he served as his liaison to constituents, state and local elected officials and business and community leaders, as well as his policy adviser on space, science and technology issues.

Chase also worked in the commercial space sector, where he was manager of state relations and strategic communications for United Space Alliance in Houston. He began his career at the NASA Johnson Space Center and NASA Headquarters, first as a cooperative education student and later as a program analyst. Chase earned a bachelor’s degree from the University of Texas at Arlington.