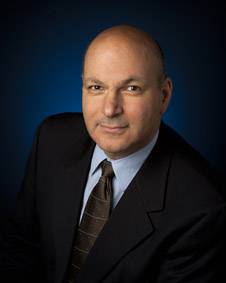 Waleed Abdalati, NASA Chief Scientist. Credit: NASA/Bill Ingalls Waleed Abdalati was appointed NASA chief scientist on Jan. 3, 2011, serving as the principal adviser to NASA Administrator Charles Bolden on NASA science programs, strategic planning and the evaluation of related investments. He is currently on leave from his position as director of the University of Colorado’s Earth Science and Observation Center, which carries out research and education activities on the use of remote sensing observations to understand the Earth. Abdalati is also a fellow of the Cooperative Institute for Research in Environmental Sciences at the University. His research has focused on the use of satellites and aircraft to understand how and why Earth's ice cover is changing, and what those changes mean for life on our planet. He also has served as leader of the Ice Cloud and land Elevation Satellite-2 (ICESat-2) Science Definition Team and has led or participated in nine field and airborne campaigns in the Arctic and Antarctic.

His appointment as chief scientist marks a return to NASA, where he worked from 1996-2008. From 2004-2008, he was head of the Cryospheric Sciences Branch at NASA’s Goddard Space Flight Center in Greenbelt, Md., where he supervised a group of scientists who carried out research in the development and analysis of remote sensing observations to study the behavior of ice sheets, sea ice, and glaciers. From 2000-2004, he managed NASA's Cryospheric Sciences Program at NASA Headquarters, managing the agency’s interests and research investments in cryospheric research, and serving as program scientist on the ICESat and RADARSAT missions. From 1996-2000, Abdalati was a researcher at Goddard in the Oceans and Ice Branch, where he analyzed satellite and aircraft measurements of glaciers and ice sheets to assess their contributions to sea level rise. He also served as deputy project scientist for NASA’s Ice Cloud and land Elevation Satellite (ICESat).

He has published more than 50 peer-reviewed papers, book chapters and NASA-related technical reports, with approximately 1,500 citations in the peer-reviewed literature. He has given featured lectures and keynote addresses to the United Nations, AIAA, SPIE, AGU and various other professional and international organizations, as well as public lectures at The Smithsonian Institution, The American Museum of Natural History, and The Adler Planetarium. Abdalati has received various awards and recognition, most notably the NASA Exceptional Service Medal and The Presidential Early Career Award for Scientists and Engineers from the White House.