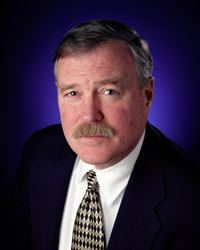 Adm. Craig E. Steidle is the Associate Administrator for the Office of Exploration Systems. He is the first to hold this position, since the office was created in January 2004.

The Office of Exploration Systems was established to set priorities and direct the identification, development, and validation of exploration systems and related technologies. Users and technologists will work together to enable a balancing of factors between requirements, program schedules and costs leading to future space exploration systems.

Since retiring from the Navy in March 2000, Adm. Steidle served as an independent aerospace consultant. His last assignment was as Chief Aerospace Engineer and Vice Commander, Naval Air Systems Command, which develops, acquires and supports naval aeronautical systems.

Adm. Steidle entered the Navy after graduating with merit from the United States Naval Academy, Annapolis, Md. He trained as an attack pilot, flew carrier night combat missions in North Vietnam; served as a test pilot and test pilot instructor; and commanded the Navy's A-3 weapon systems program. During the 1980's, he deployed on carriers, frigates, and cruisers in the Western Pacific and Indian Ocean. Additionally, he served as manager of the Navy's Aerospace Engineers and as the Special Assistant for Air Combat to the Assistant Secretary of the Navy.