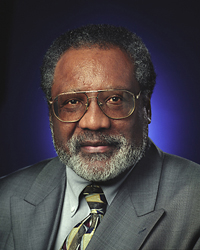 James L. Jennings leads the Institutions and Management effort at NASA Headquarters in the transformed organization which became effective August 1, 2004.

He serves as corporate and strategic advisor for the Agency's human capital and capital assets. Mr. Jennings has the direct management responsibility for integrating institutional, tactical, and strategic long-range planning for agency assets and workforce requirements.

Prior to his new position as Associate Administrator for Institutions and Management he served as Associate Deputy Administrator for Institutions and Asset Management. He served as Deputy Director of the Kennedy Space Center from May 2000-September 2002. He was responsible for assisting the Director in determining and implementing Center policy and in managing and executing Center missions, lead center and program responsibilities.

From August 1997 to May 2000, Mr. Jennings held the position of Deputy Director for Business Operations at NASA Kennedy Space Center. He served as the principle architect of the Kennedy roadmap delineating objectives and strategies for transitioning the workforce from a launch operation to a research and development technology workforce. Mr. Jennings developed and guided the Kennedy Implementation Plan linked directly to the Human Exploration and Development of Space Enterprise Strategic Plan and the NASA Strategic Plan.

Mr. Jennings holds a Bachelor of Science Degree in Mathematics and Masters in Business Administration from Alabama A&M University and a Masters in Administrative Sciences from University of Alabama in Huntsville.

Mr. Jennings and his wife LaVon, have two children, Keelan and Keisha.